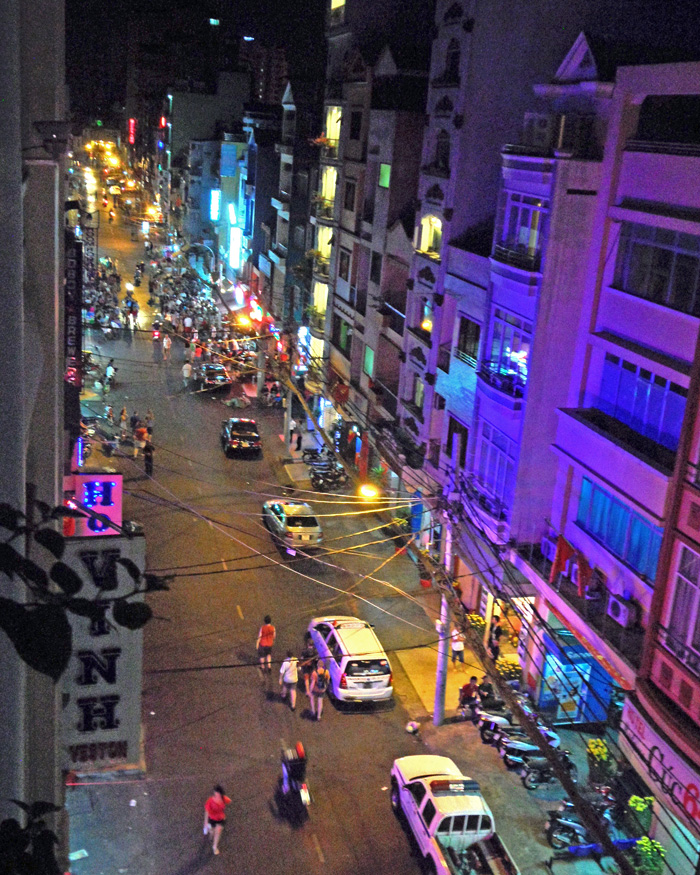 This week we made it from Chiang Mai in Thailand to Ho Chi Minh City in Vietnam (still referred to as Saigon by many).

As much as we love Thailand – our visa ran out and instead of another visa run we decided to move on to another SE Asian destination on our bucket list. So now we are in Vietnam.

We almost didn’t think we would make it – there were some visa, printer and luggage issues that we’ll talk about another time – but it all worked out in the end.

We arrived just in time for the Chinese New Year celebrations (called Tet in Vietnam). HCMC seems to be a city that doesn’t sleep or at least not at night.

This is the view from our balcony in the middle of the night. It is actually much quieter between 8am and 12pm. As you might guess we are in a Western Quarter in District 1 (I call it backpacker alley). But just for now.

Hopefully we can find an apartment in a less busy area soon so that in the next 3 months we can get to know Vietnamese culture and experience local life outside from the Tourist track.